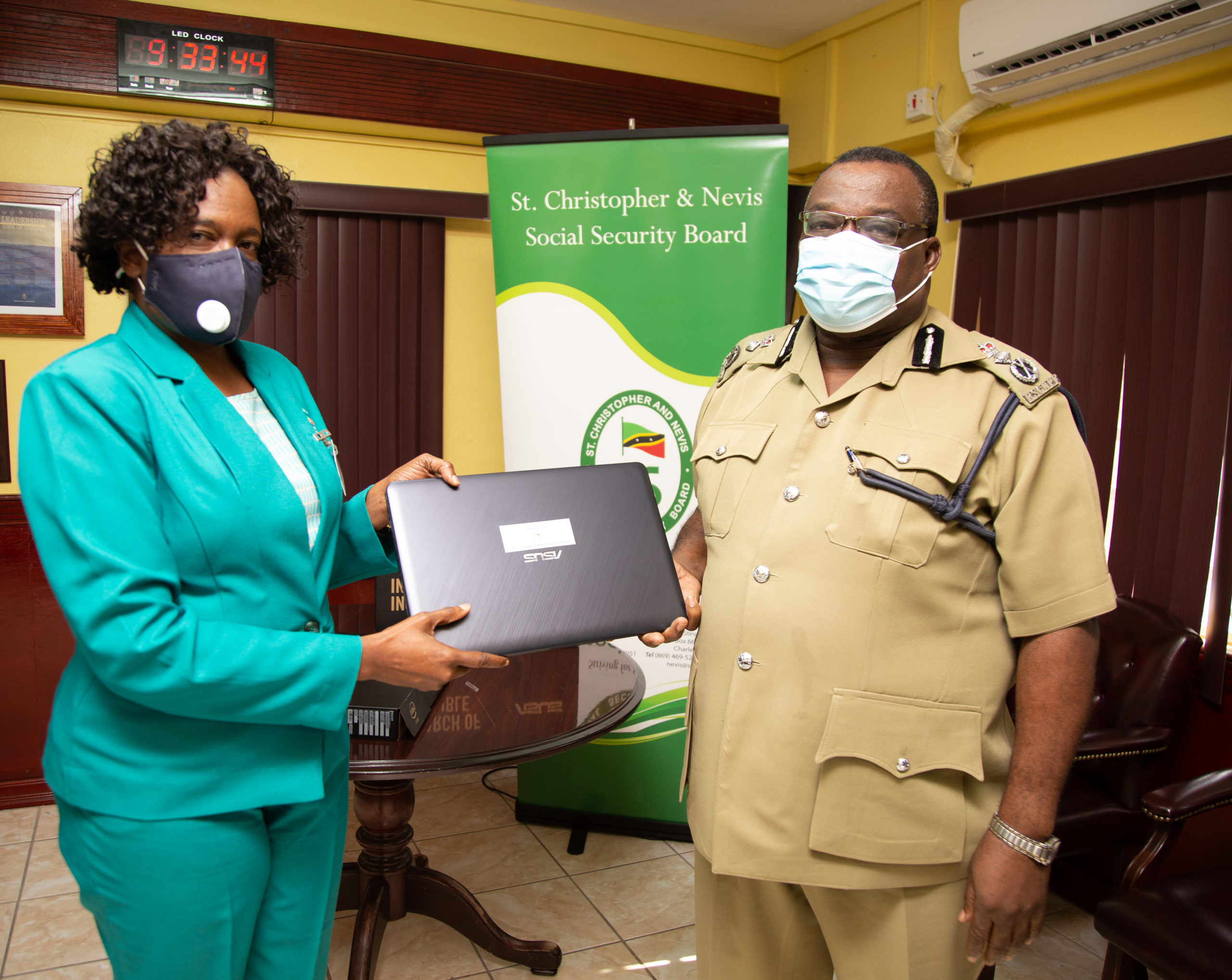 This initiative forms part of Social Security’s Corporate Responsibility policy to support the work of organisations or sectors that bolster the sustainability of the Social Security fund including health and national security.

Chief Financial Officer, Ms Marilyn Johnson, who presented the laptops on Social Security’s behalf expressed the Board’s sentiments and purpose of meaningful support to national security  and specifically to the Police’s thrust to digitize more of its operations.  As such it was fitting to provide this form of assistance through the donation.

Commissioner of Police, Mr Hilroy Brandy was pleased to accept the gift of the laptops and underscored the importance of a collective approach by both corporate organisations and private citizens in crime fighting and general support of the police force.  He noted that given the current circumstances and financial hardships, he was particularly overwhelmed by Social Security’s support.  The Commissioner’s response was followed by the Vote of Thanks

Superintendent James Francis delivered the Vote of Thanks expressing gratitude to Social Security and to all involved in the handover.  He further pledged the Force’s commitment to put the equipment to good use in order to improve efficiency.

In a brief ceremony held at Police Headquarters on Friday Ap...

The St Christopher and Nevis Social Security Board commenced...

The St. Christopher and Nevis Social Security Board executed...